Chaired by Aimen Al Hosni, and attended by leading airport CEOs from around the world The Airports Council International (ACI) World Governing Board meets, in the Sultanate of Oman 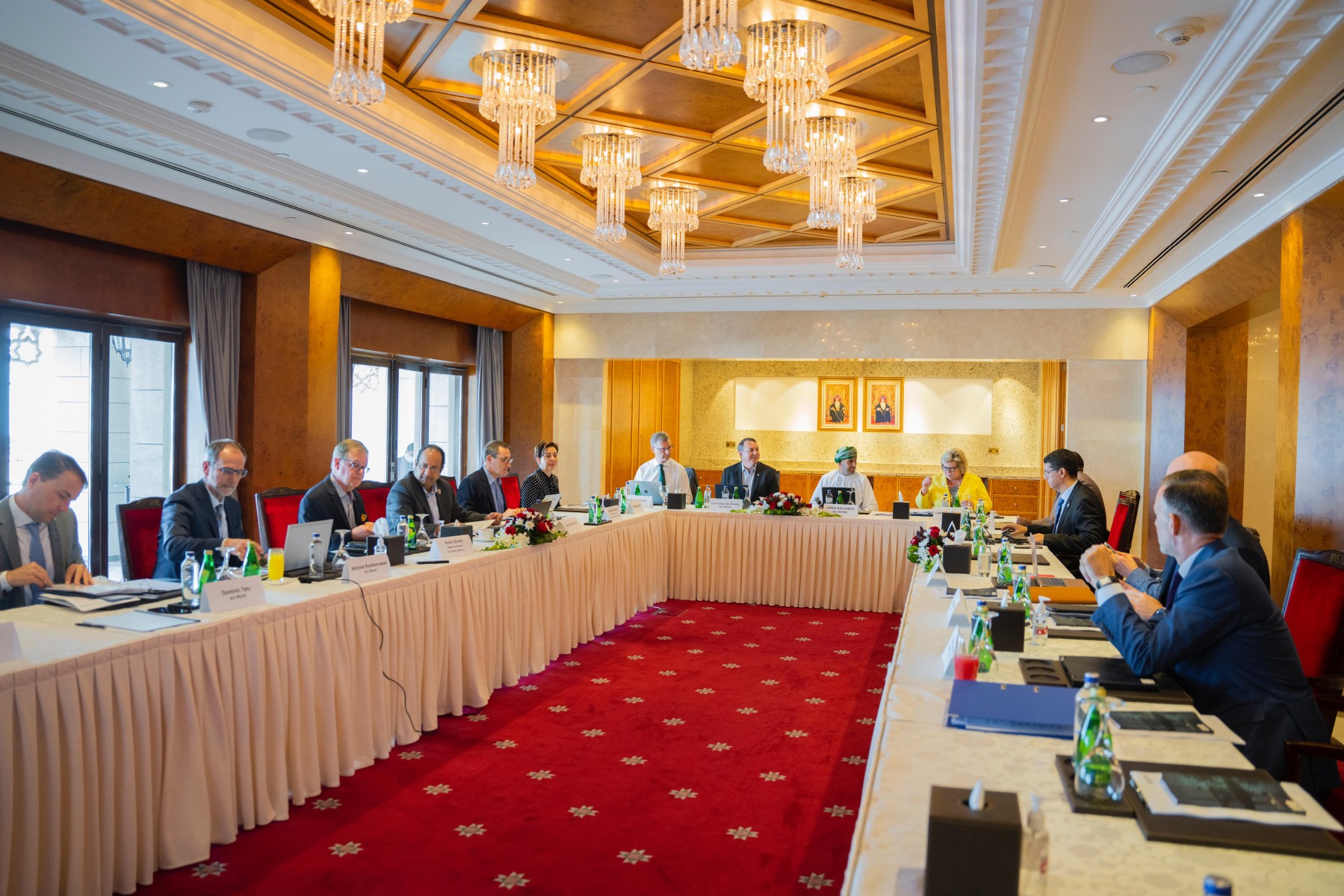 In preparation for the meeting of the Airports Council International, World Govering Board, the first meetings of the committees started yesterday, on Saturday in the Sultanate of Oman. The meetings will be held for two days, with the participation of 29 CEOs representing the ACI World Governing Board, in the presence of a number of invited personalities from the aviation sector.

The meetings - which will be held over two days at Al Bustan Palace, a Ritz-Carlton Hotel, Muscat – will be chaired by Sheikh Aimen bin Ahmed Al Hosni, CEO of Oman Airports, Chairman of the ACI World Governing Board, for the coming two years, to discuss and approve ACI’s work plan, and ways to enhance cooperation between airports, international aviation organizations, and various strategic partners around the world. The meetings’ outcomes will aim of find innovative ways to enhance efficiency in the airports and aviation sector, develop environmental and economically sustainable projects, and address other challenges that directly affect the airports and civil aviation sector worldwide.

The Chairman of the Airports Council International, Sheikh Aimen bin Ahmed Al Hosni expressed his happiness in welcoming the leaders of the airports sector from around the world, and representing all five continents, in the Sultanate of Oman, wishing that Allah blesses the endeavors of the meetings with success; saying “We are inaugurating the first meetings of the new period of the ACI World Governing Board in Muscat, which is the historical axis between East and West, and the meeting point of all opinions and views, so welcome to you all in the Sultanate of Oman.”

Al Hosni added, saying: “This meeting constitutes the first nucleus of a roadmap for ACI’s work for the upcoming two years. The sector is on its way to recovery after the pandemic which has left airports and aviation sector all over the world in a difficult state. We are pleased that Muscat has been chosen for this, the 65th meeting of the ACI World Governing Board, which comes while the sector breathes a sigh of relief marking a great beginning. We hope that the positive vibes will continue for the stability of the sector and its people.”

From his side, the Director General of ACI World , Luis Felipe, added, saying: “We are happy to start our meetings in Muscat - as we see the recovery gather pace around the world, with the opening up of markets and the increase in traffic, we need to chart a course for the future. There will be new challenges, not least how we work together to address climate change, but we are stronger together, and we have to be bold.  By opening markets, and by encouraging and supporting the entire aviation ecosystem, we are able to create new jobs and new opportunities for the entire community. I am pleased to be here in Muscat and to work with our World Governing Board that has come from around the world to be here on developing a way forward on a wide range of issues.  I am also delighted that Sheikh Aimen has taken up this important role and has the experience and commitment to steer us through the difficult times ahead. “

Yesterday, the CEOs of many of the world's leading airports held a meeting on the sidelines of the Airports Council International meetings, during which they discussed solutions to confront emerging challenges; especially after the devastating impacts of the Corona virus crisis, and the circumstances that accompanied the suspension of international travel, which was one of the most difficult periods that the world's airports, and the global travel sector faced. The CEOs, the heads and members of the working committees of the Airports Council International stressed the importance of working together to find international consensus in cooperation with other international and governmental organizations to address the challenges and to seek to make the sector more cohesive than before.
On Saturday 26th of March, the Audit Committee of ACI also held its twenty-eighth meeting, during which several issues were discussed, with the aim of restoring growth and stability after Covid-19 crisis.

As of January 2022, ACI serves 717 members, operating 1950 airports in 185 countries. In 2020, close to 55% of all employment in the aviation sector was at airports and, according to ACI’s Annual World Airport Traffic Report, airports worldwide welcomed 3.6 billion arriving and departing passengers, handled 108.5 million metric tonnes of cargo and 61.8 million aircraft movements in 2020.

Chaired by Aimen Al Hosni, and attended by leading airport CEOs from around the world The Airports Council International (ACI) World Governing Board meets, in the Sultanate of Oman

The Accreditation of Oman Airports Training Centre as a vocational Training Institute
Airports Council International is considering enhancing the efficiency of airports and supporting sustainability projects in Muscat.
"Oman Airports" signs a Memorandum of Understanding To supply green waste to the fertilizer factory "Kala"
The Sultanate of Oman will host the first meeting of the new Board of Directors of the Airports Council International, on March 26.
Muscat International Airport and Salalah Airport obtained the airport health accreditation from Airports Council International (ACI)
On the basis of one flight per week. Suhar Airport welcomes Low-cost Taban Airlines
Some modules are disabled because cookies are declined. Accept cookies to experience the full functionality of this page.
ACCEPT COOKIES
We use cookies to optimize the website, no personal information is stored. Learn more
DECLINE COOKIES ACCEPT COOKIES