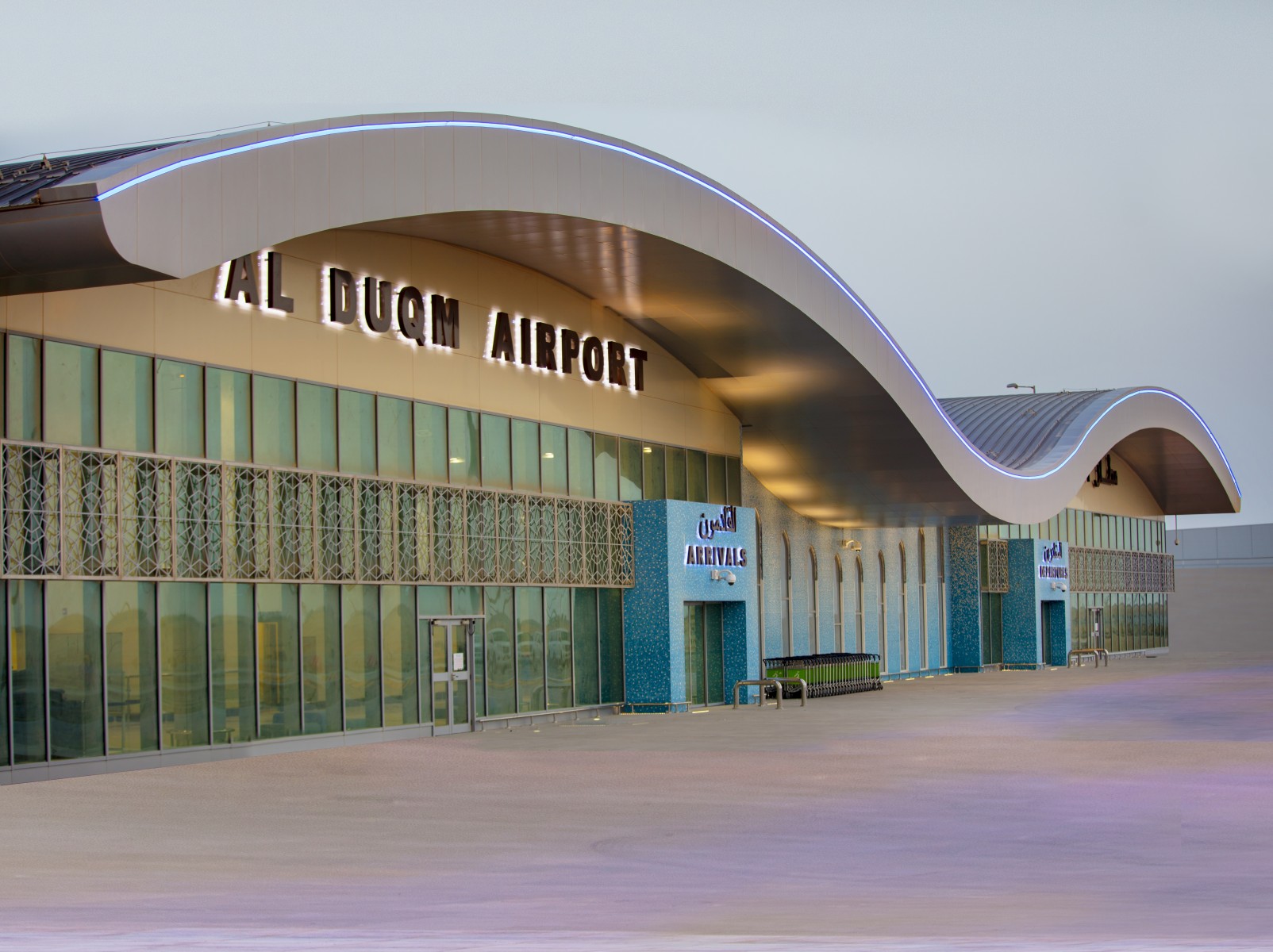 The 14th of January coincides with the third anniversary of Duqm Airport opening, one of the national achievements which reflect the Sultanate’s plans and strategies in building theairport ecosystem.  Duqm Airport has contributed to the development journey of the Special Economic Zone at Duqm (SEZAD) in particular and al-Wusta Governorate in general, that comes in line with the national economic plans of Oman Vision 2040 to be one of the 5 regional airports offering their air operational services besides Muscat International Airport and Salalah Airport.

Regarding the achievements of Duqm Airport during the last three years, Mohammed Al-Shuaili, VP-Regional Airports, Oman Airports said, “ We congratulate Duqm Airport and all its partners on the occasion of the third opening anniversary of the new terminal at Duqm Airport, which could quickly achieve a perfect synergy with other SEZAD components as a one of the key pillars at the area, completing the government’s inclusive road map to turn it into an economic and tourism development pillar at al-Wusta Governorate as part of the alignment with the current and future economic diversification plans offered by the SEZAD to the citizens and investors alike. Duqm Airport is a facilitating drive for investors and workers to transport and access to SEZAD as well as contributes in providing an express air logistic connection between Muscat, the capital, and al-Wusta Governorate and fosters the economic and tourism activities to Duqm, the future hub of promising future aspirations.

In this context, Ahmed Al-Farsi, Duqm Airport Manager said, “ when the operations started at the new terminal and in a collaboration with the airport family from various entities, working groups have optimized their best to ensure offering smooth and safe travel experience for all passengers as there are scheduled flights every day except Friday while implementing the highest health, safety and precautionary measures enforced by the concerned entities to control the spread of Covid-19 and its variants immediately when the airport resumed its operations after the end of airports shutdown in Oman. The family of Duqm Airport has optimized the state-of-art technologies and facilities in the new airport to achieve its objectives and execute its operational targets in order to reach the Airport’s ultimate desired goals.

Al-Farsi added that Duqm Airport played its role in increasing the inward tourism to Duqm due to the availability of the scheduled flights and luxurious hotel facilities. This encouraged so many tourists from Oman and abroad to visit Duqm and enjoy its around-the-year pleasant weather. He mentioned that “since the opening of the new terminal in 2019, the airport has received around 2152 flights up to the end of 2021, and around 136755 travelers had benefited from it for the same period.

Moreover; Oman Airports in cooperation with its strategic partners has executed several emergency drills since the opening of the Airport as part of its efforts to upgrade its readiness to address any emergency cases within an annual emergency plan in place for all airports operated by Oman Airports and in accordance with the modern world benchmarked airport standards. Duqm Airport also has been equipped with modern systems in communications, information technology, security monitoring systems, and air navigation and meteorology systems which make the airport capable to handle various arriving flights either from the Sultanate or the international flights.

Duqm Airport is located 14 KM from Duqm city and can be easily accessed from the southern part of the city through Sultan Qaboos Road which is located toward to left side of the airport roundabout. It accommodates a half million passengers with future expansion plans to accommodate 2 million passengers each year. Duqm Airport’s total size exceeds 273K M2 and encompasses a passenger terminal, traffic control tower with a height of 37 M, a cargo building, a 4-KM- ramp, parking of 4-aircraft capacity including Airbus A380. Further, It includes a passenger terminal of 9614 M2 capacity along with service facilities besides air navigation and meteorology complex. Duqm Airport aims to keep abreast with commercial and economic movement at SEZAD including the cargo building, with its potential for future expansion, which gives additional importance for logistic transportation within the area besides Duqm Port, the key maritime trade hub. The Sultanate’s ultimate goal behind this airport is to position SEZAD on the world map as an attractive economic and tourism hub in the Middle East and optimize its exceptional strategic location.