Within the context of its fifth consecutive annual CEO meeting, Oman Airports presented the achievements of its staff members, the operational challenges that it managed to overcome in the preceding year, and its new plans and strategies, as well as their method of implementation. The online meeting, held on December 20th 2020, from the Shamikhat Hall of the compan‎y’s training center, opened the path for the exchange of opinions, suggestions, directives, and innovations between Oman Airport’s CEO, unit managers, and vice-managers, general managers, and employees.

Oman Airport’s CEO conducted a visual presentation that encompassed all of the achievements made in spite of the advent of the Covid-19 pandemic, that lead to the closure of all international airports and the disruption of air traffic, affirming that the guidance of His Majesty Sultan Haitham Bin Tarik played an incremental role in overcoming many arising economic challenges. The Supreme Committee for Dealing with COVID-19, allowed Oman Airports minimize eminent economic losses, and to safely orchestrate unlisted private flights with the assistance of national and international transporters, and the aid of some of the embassies of neighboring countries.

The CEO of Oman Airports confirmed that the complete return to operations was proving itself to be particularly challenging. Nonetheless, with the solidarity of all relevant parties and their assistance, the perseverance of national cadres in dealing with any new developments, and the professionalism of the company’s employees, Muscat airport, Salalah Airport, Duqm Airport, and the fuel field airports all managed to gradually return to operations much quicker than anticipated.

Oman Airport’s CEO noted that although internationally, the aviation sector was met with countless challenges after the Pandemic, the company still managed to become the first airport in the Middle East to acquire the health certification that the ACI (Airports Council International) recently adopted to recognize exceptionally thorough, professional and high-standard health and safety measures, procedures and policies. Receiving this accreditation during such trying times stands as a testament to Oman’s Airport dedication to delivering the services possible to its passenger, and its relentless efforts to constantly improve upon itself and overcome any new challenges.

After the acknowledgment of the ACI health certification, the CEO briefly outlined how Oman Airports managed to meet the objectives it set out for in its previous strategies for Vision 2020. He managed to do that by recounting how in 2019, Muscat airport managed to rank 7th internationally in the 15-25 million passengers category in the service-quality assessment program designed by the ACI, and Salalah airport managed to rank 4th internationally in the 2 million passenger category. The ACI’s ranking system followed a very rigorous set of criteria, making the achievement of such rankings a tremendous feat on a global scale. The CEO followed by stating that while these rankings are worth celebrating, they will only serve to motivate Oman Airports to direct its future operations towards reaching greater heights of excellence and exceeding, by a large margin, previously set expectations.

The CEO concluded the presentation by setting the outlines for the new five-year strategy that will be adopted by the company to meet the objectives of Vision 2040, which is setting out to be a fundamental cornerstone in the Sultanate’s upcoming developmental direction. Afterwards, the presentation turned into an open discussion between the CEO and the staff members, primarily focused on brainstorming for potential innovations and creative ideas, that could aid Oman Airports to optimize its path of progress, and the realization of its objectives. 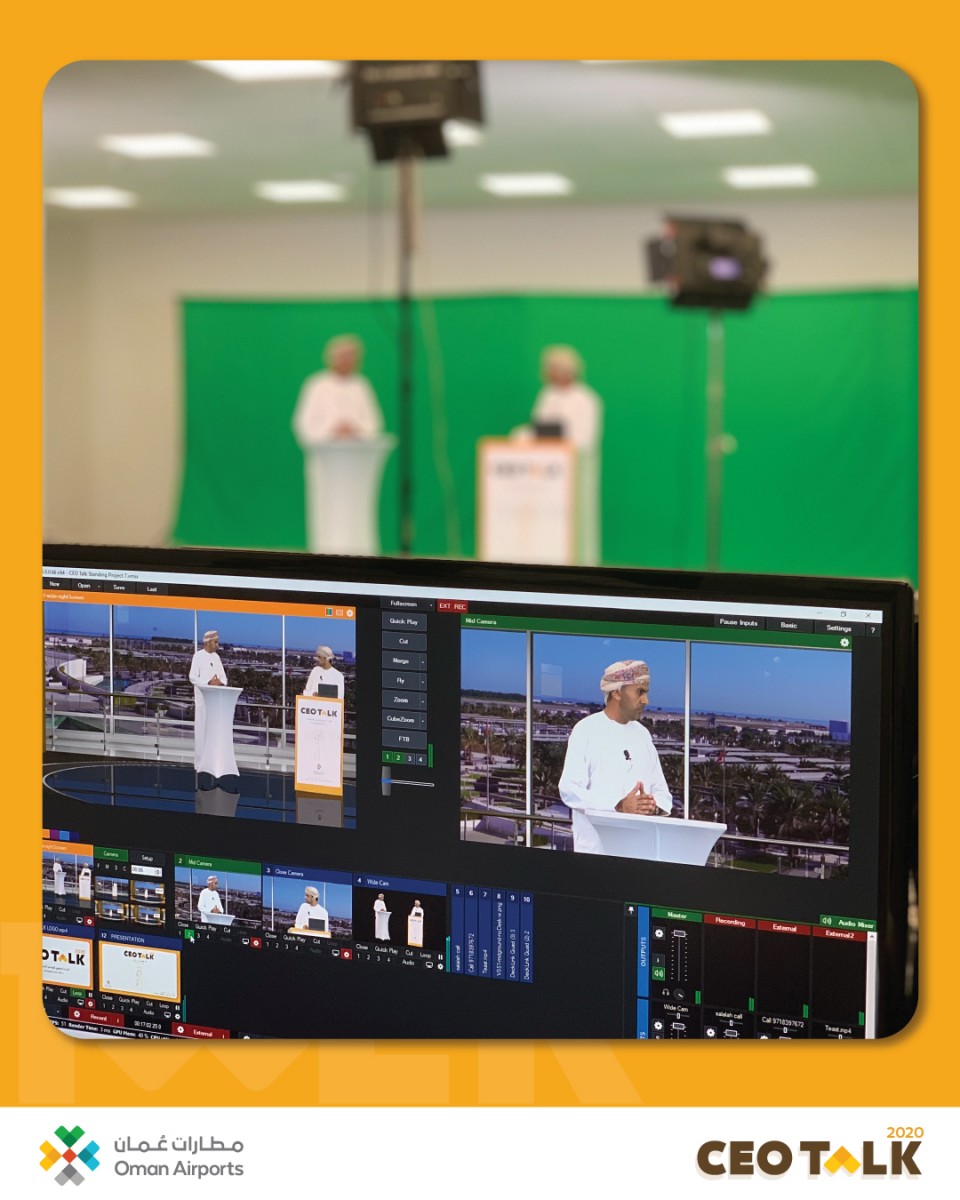