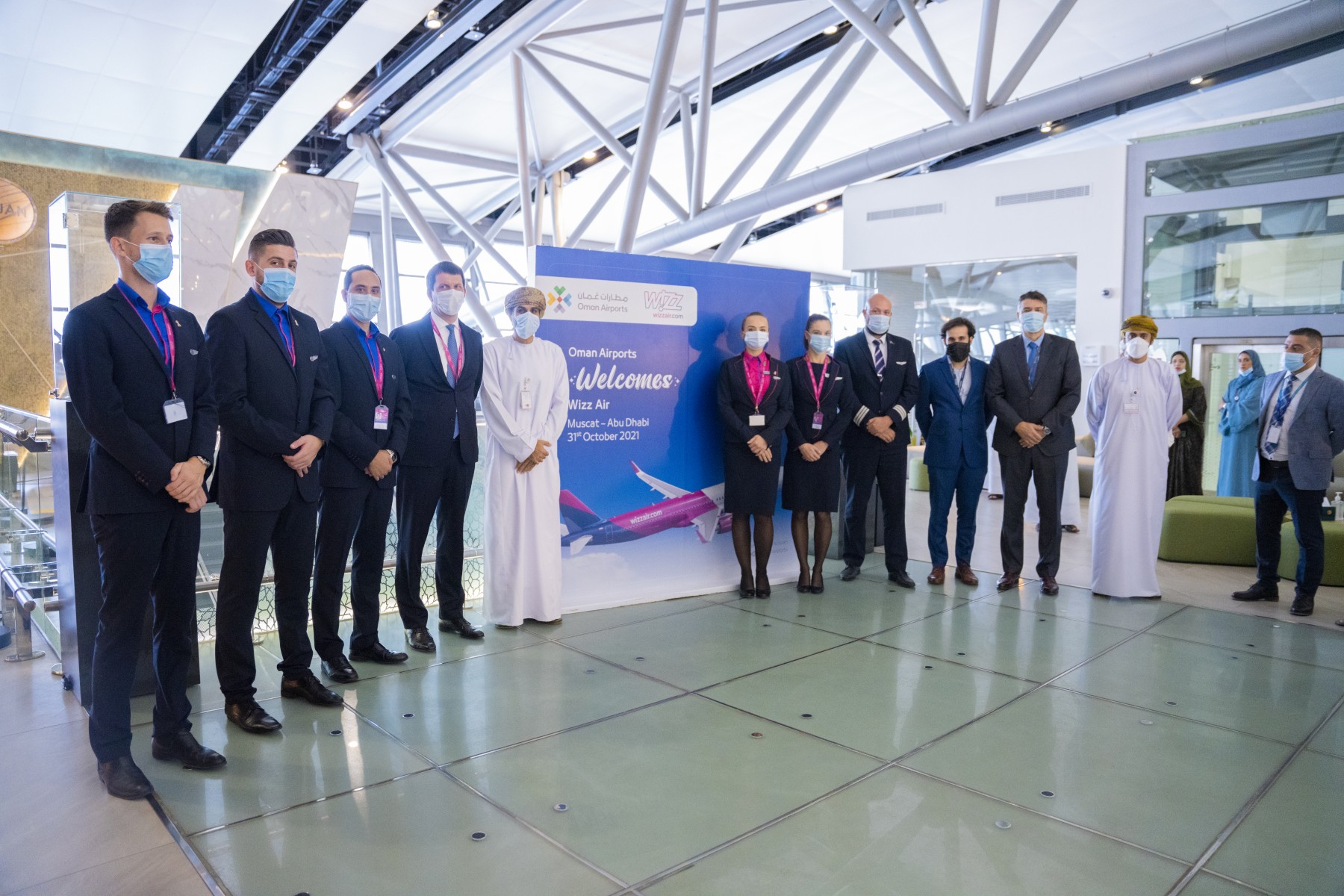 As a part of Oman Airports’ series of initiatives to promote the economy and tourism between Oman and world countries, Oman Airports expressed its pleasure as Wizz Air launched its flights to Muscat International Airport by operating direct flights. This route is of many advantages for inbound travelers either for business or tourism through several airline flights that operate their flights to Oman airports.

“Oman Airports” mentioned that since the opening of the new passenger terminal at Muscat International Airport, it has been seeking to attract regional and international airlines that is reflected on the growing demand by both passengers and airlines to Muscat station driven by its Muscat Airport’s comprehensive services.

Muscat International Airport, managed and operated by Oman Airports, has achieved a new global achievement by receiving ACI health accreditation certificate to become the first airport in the Middle East to be accredited under the ACI Airport Health Accreditation program, aiming at maintaining health measures and procedures across world airports as a result of the COVID-19 pandemic. This achievement proves the proactive precautionary measures adopted at Muscat International Airport are in line with the accredited international standards and gives a glance at Oman Airport’s commitment to implement health and safety measures at the highest world level.

Wizz Air Abu Dhabi is among the biggest airline network covering the tourism sector in Abu Dhabi emirate and the fastest-growing European carrier with a fleet of 141 Airbus A320 and A321. It also offers premium services on hands of a specialized aviation team at lower costs, which makes Wizz Air the preferred option for 40 million passengers a year and has been recently ranked by airlineratings.com, the world's only airline safety, and product rating website, as one of the top 10 safest airlines worldwide.