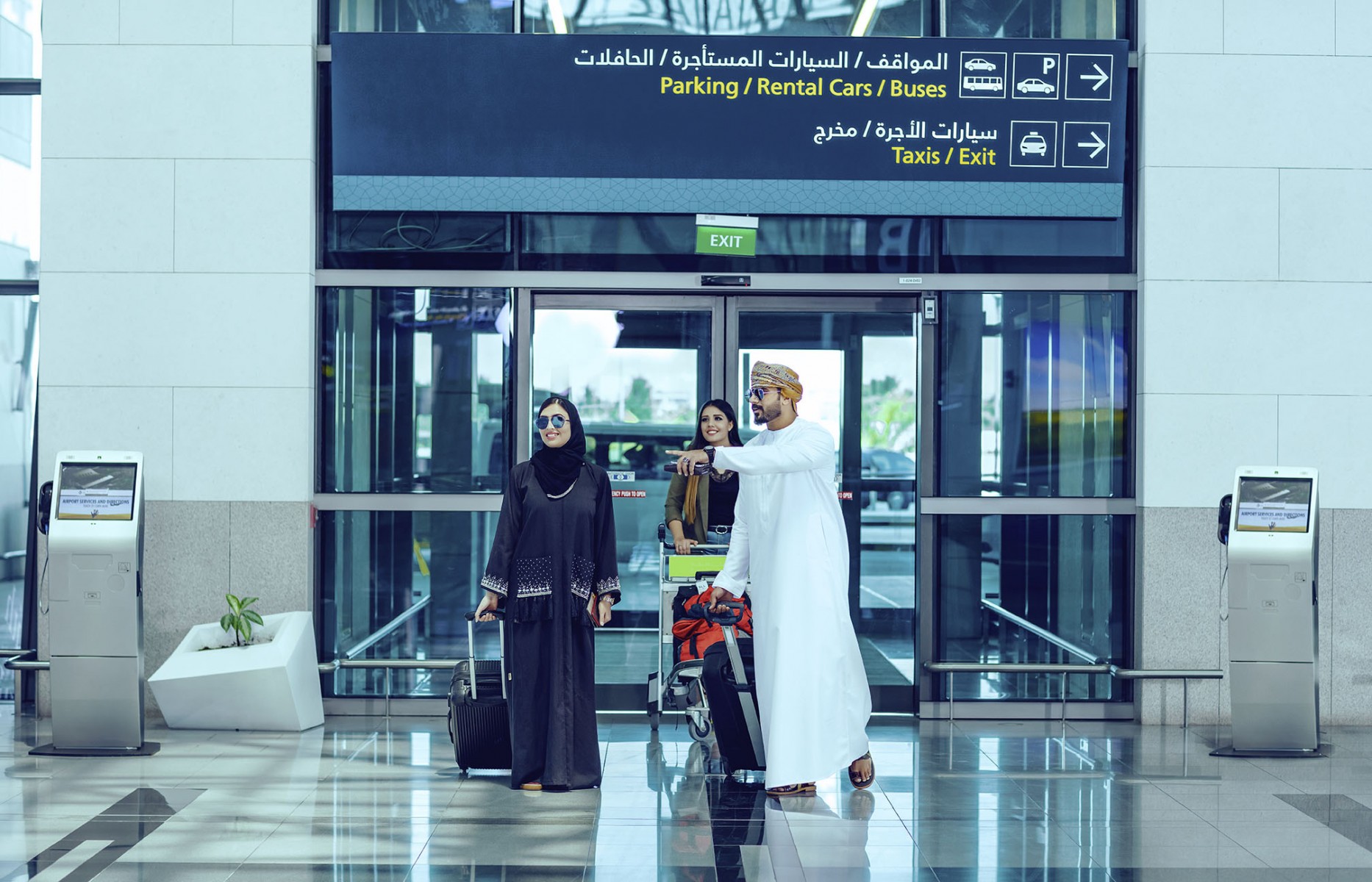 Salem Bin Awad Al Yafie, Deputy Chief Executive Officer of Salalah Airport, said that, “Salalah Airport, which recently received 2019 Skytrax Award for achieving a 5-star rating in the regional airports’ category, is ready to welcome Dhofar’s visitors during khareef tourist season this year, thanks to the efforts of its employees in different functions and roles.”

He added: “We expect around 3,000 to 4,000 travelers a day in Arrivals and Departures during this season, which will last until the end of September, God willing. Oman Airports, which is part of Oman Aviation Group, completed all preparations, in cooperation with its sister companies and the rest of its strategic partners to welcome tourists who will be visiting the governorate during the touristic season via local or regional airlines that operate their direct flights towards Salalah Airport on a daily basis. This is especially true after the launch of Gulf Air’s direct flights from Manama airport, the Kingdom of Bahrain, and upcoming inauguration, this week, of Etihad Airways direct flights from Abu Dhabi, the United Arab Emirates. SalamAir also started to run two direct flights from Kuwait and three from Abu Dhabi, a commendable and worthy of appreciation step for our second national airline in promoting the touristic season. In total, the number of Salalah weekly flights reached 179.

Today, nine major airlines are operating their flights through Salalah airport: Oman Air, SalamAir, Qatar Airways, flydubai, Air Arabia, Air India, Gulf Air, Etihad Airways, and Royal Oman Police Aviation.Al Yafie underlined: “Salalah Airport considered the increase of travel movement during the touristic season. Every year, the airport plans its capacity and adequate resources at the highest levels to ensure a smooth travel experience for the Governorate’s visitors and to welcome Salalah’s visitors from their very first arrival. It constitutes an essential part of our authentic welcoming process. In fact, the number of personnel at the airport was greater than before with the increase of flights in order to put travelers at ease from the moment they touch down at Oman until they leave. Everyone is working on facilitating the procedures, so nobody is delayed, and to reduce the waiting time at the baggage carousel so it does not exceed the 15 minutes before exiting to the arrival hall.”It is worth noting that the total number of passengers traveling through Salalah Airport by the end of April 2018 reached 442,059, a rise of 2% compared to the same period in the previous year.

Tourism services in Dhofar are expecting the number of visitors during khareef season to reach around 1 million this year, whether from the Sultanate or outside, as a result of the exceptional weather in the governorate during the summer season, thus making it a destination for tourists who wish to spend their holiday in the beautiful nature and enjoy the mist droplets every day, whereas last year 826,000 visitors came to Dhofar, an increase of 28,1% compared to 2017.It is worth noting that Salalah Airport received 2019 Skytrax Award for achieving a 5-star rating in the regional airports’ category, making it the first regional airport in the Middle East and the world’s fourth highest-ranking airport in this category. The award was received earlier this year at Skytrax Awards ceremony in London.In its first participation in the Airports Council International (ACI) passenger satisfaction survey, Salalah Airport scored the 8th globally among 71 airports in the category of 2 million travelers.Salalah Airport is characterized by its developed technology and compliance with the global standards of the International Airport Management, which enhances its active role in improving air traffic and strengthening Salalah's links with major cities in the Gulf region and the world, as well as facilitating a direct arrival to Dhofar.The airport terminal includes luggage handling units, service facilities with 28 check-in counters and self-service check-in, jet bridges allowing passengers to board and disembark as well as retails and services, restaurants, and vital facilities that will provide comfort for travelers, in particular the VIP lounge and parking lot for 1957 vehicles, including areas for VIP and taxi parking areas.