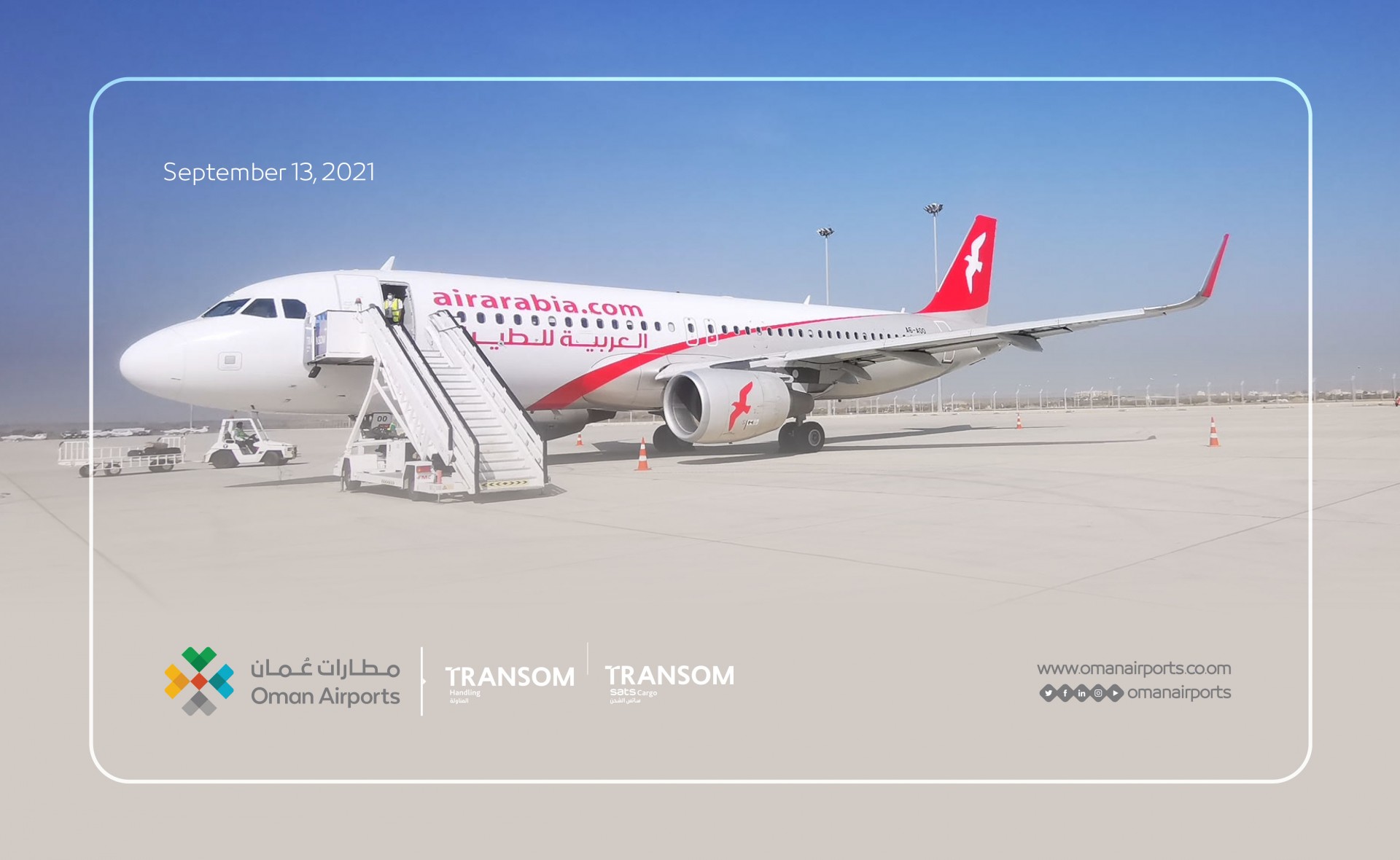 In commitment to pursue devoting work to enhance air traffic in the Sultanate’s civil airports, supervised by Oman Airports, after the restrictions imposed under the Covid-19 pandemic, the efforts of the specialized team at Oman Airports succeeded this morning in the return of Air Arabia flights through Suhar Airport by 7 flights a week between Suhar Airport and Sharjah International Airport at UAE, allowing the return of Suhar Airport to the international air traffic map after inactivity since the start of the pandemic.

In a statement by Oman Airports, Mr. Mohammed bin Humaid Al Shuaili, Vice President of Regional Airports, said: “Oman Airports, represented by its commercial unit, seeks to cooperate and coordinate with its strategic partners to draw clear action plans in order to ensure the sustainability of the success of Suhar Airport, which adopted an international approach, in addition to its plans to support and sustain operations at its other regional airports in Duqm since its operation in 2015 until now, and the oil fields airports affiliated to the Petroleum Development Oman, operated since mid-2019. Efforts have been crowned to promote Suhar Airport, thankfully, through these daily flights of Air Arabia, hoping the frequency of flights will increase to its previous number as soon as possible. Efforts are still continuing to attract new direct lines to other regional destinations and through other well-known carriers, which will be announced soon.

On the other hand, Mr. Ali Bin Thani Al Khaifi, Manager of Suhar Airport, added: “We are fully prepared to welcome all local and international airlines, in line with the efforts of the teams concerned with marketing our airports as one of the most significant regional and international destinations, emphasizing at the same time to continue applying the highest standards of health and safety in implementation of the precautionary measures imposed by the competent authorities and the adaptation to provide everything that would ensure a safe and smooth travel experience for all users of Suhar Airport during the current period in light of all internationally approved travel protocols and standards.

The return of international flights to and from Suhar Airport within less than two weeks since the start to stop the quarantine requirement and the validity of the decision to perform the PCR examination to detect the Covid 19 virus before or upon arrival in the Sultanate for those who have received the two doses of vaccines for the Covid 19 virus approved in the Sultanate, reflecting the size of the efforts exerted in the aspects of promoting the airport, in addition to the importance of the strategic airport center as an economic and tourist gateway serving northern Oman and its cities of tangible economic renaissance, hoping that the airport will contribute to link the Sultanate with more international destinations and increase the flow of travel, which is growing significantly for various commercial and tourism purposes