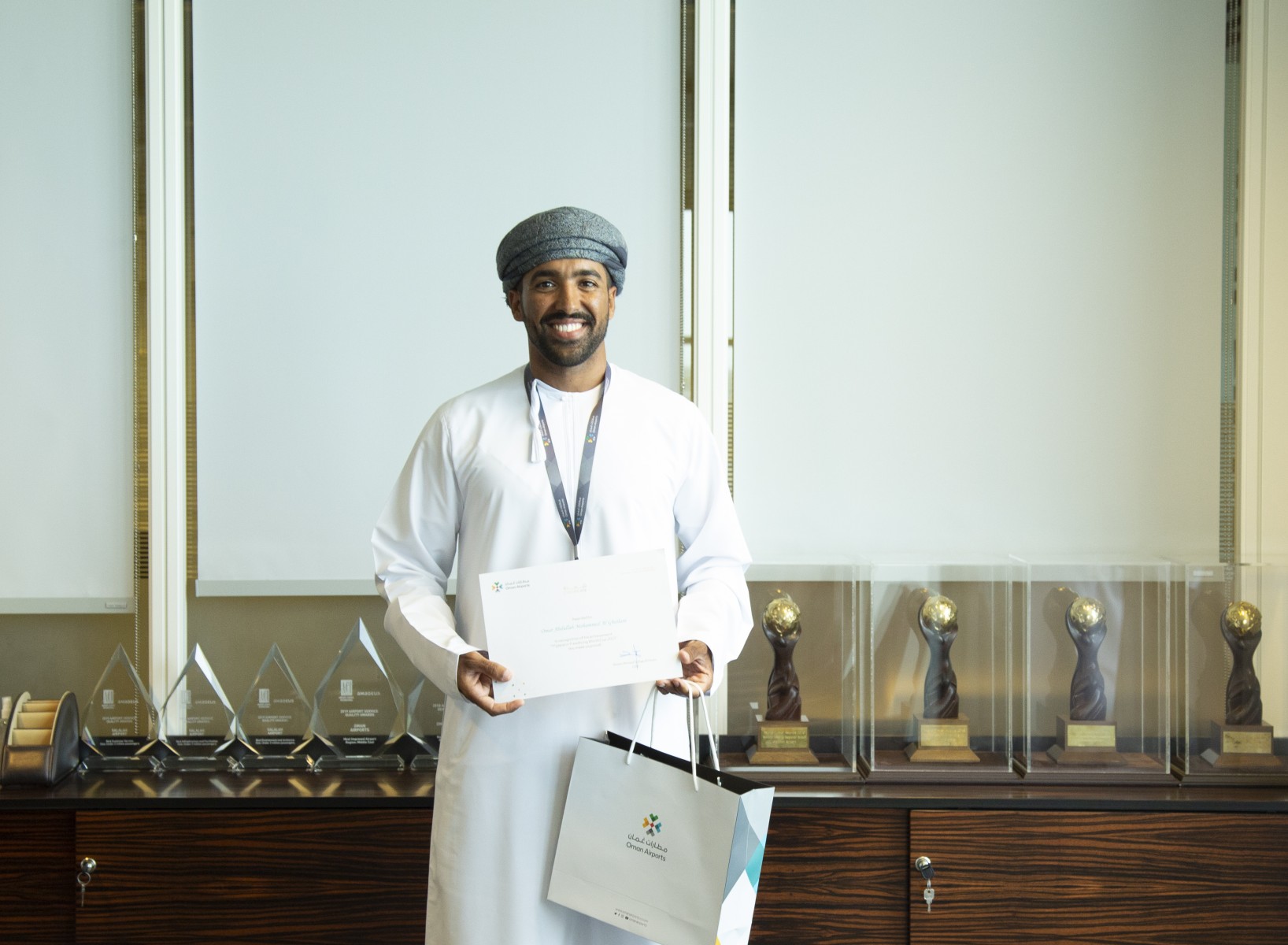 Oman Airports celebrates one of its employee’s accomplishments in Muscat International Airport: the World’s Omani Champion in freediving competition, Omar Al Ghilani for achieving an accomplishment one of its kinds in Oman. He won first place in AIDA’s championship (Freediving World Championship) in 2021. The championship was held in Sharm El Sheikh in Egypt. Many divers participated in the event, along with Egyptians, who were from different countries: Oman, UAE, Switzerland, Slovakia, Ukraine, Ireland, South Africa, Chile, Israel, German, Holland, France, Australia and China.

The CEO of Oman Airports welcomed Oman’s champion, Omar Al Ghilani, in his office earlier today- Sunday, 25 of July 2021- with the presence of the Vice President of Muscat International Airport to celebrate the event and motivate employees to participate and to reach proficiency as the company has always encouraged.

Mr. Saud Al Hubaishi, the VP of Muscat International Airport, commented on this occasion: “ I am glad to congratulate our colleague, Omar Al Ghilani, the world’s freediving champion, on behalf of myself and all members in the administration and company for his international accomplishment. He surely walked through this challenge with great spirit and well-preparation that hopefully will pave the way for other Omani honoring accomplishments. It is our duty as a national institution to be proud of our people in this country and consider them the base of our accomplishments in all aspects. We are proud to make Omar a role model who gives an example of a national hard working athlete who makes his way to achieve the highest numbers.

Omar Al Ghilani, the champion, said: I thank the administration and all colleagues in Oman Airports for such an honor and reception that reflect the usual moral support I had since I started these participations, and set the environment for me to succeed. I would also like to thank all my colleagues in Muscat International Airport and the rest units of Oman Airports for believing in such talents and supporting them. All I can say is that I am proud to be part of a national institution such as Oman Airports that embraces creativity and different sports.

Many championships still await Al Ghilani including the one in the coming September in Cyprus, and in October in Turkey, and in November in Egypt. Moreover, Al Ghilani depends on himself and his colleagues in breaking the records in such accomplishments.