·         Oman wins the award for the World’s Leading Nature Destination

Under the patronage of His Excellency Salim bin Mohammed Al Mahrouqi, Minister of Heritage and Tourism, the winners of the 29th World Travel Awards, hosted by the Sultanate of Oman, were announced on Friday, 11th November.The largest event in the world of travel and tourism was attended by more than 500 representatives from the global airlines and hospitality sectors, with the Sultanate winning 9 major awards out of 69, which were presented to winners from 50 participating countries.

The award for the World’s Leading Palace Hotel went to the Al Bustan Palace, a Ritz-Carlton Hotel, while Jumeirah Muscat Bay and The Chedi won awards for the World’s Leading New Resort and World’s Leading Beach Resort and Spa respectively. Commenting on Oman Airports hosting WTA for the second time, Sheikh Aimen bin Ahmed Al Hosni, Chief Executive Officer of Oman Airports said, “The travel and tourism industry is one of the most prominent economic sectors in which countries from around the world compete, with the Middle East being one of its most promising markets today. As a result, Oman Vision 2040 has identified this industry as one of the most important sectors that must be focused on in the coming years. As an enabling sector for the tourism industry, our initiative to host the world's largest travel and tourism event aims to enhance the Sultanate's presence on the map of the most prominent tourist destinations in the world.”

“The Sultanate hosted more than 500 representatives of leading international travel and tourism companies at the World Travel Awards, which in turn was an incredible opportunity for their counterparts and those working in this field here in Oman, to consolidate relations and build trade partnerships and to enhance their performance and increase the number of tourists visiting the Sultanate. The media coverage that accompanied the event from the local and international media, highlighted the promising potential of the Sultanate in the global tourism industry. The global TV5 network that covered the ceremony directly on its channels is a great added value to the Sultanate's efforts in promoting tourism,” the CEO of Oman Airports added.

Sheikh Aimen bin Ahmed Al Hosni, concluded his speech by congratulating the Muscat and Salalah Airports on winning the prestigious awards, saying, “I would like to congratulate Muscat International Airport for winning the award for the best airport in the world in customer experience, and Salalah Airport as well for being chosen as the best regional airport in the world. These important wins once again prove that we are on the right path to pioneering the airport operations and management sector, not only at the local and regional level but also at the international level. I would also like to extend my thanks and appreciation to all of Oman Airport’s employees for their effort and dedication in raising Oman’s name in international forums. Furthermore, a big thank you goes to our strategic partners, who have always been our supporters and backed Oman Airports for success.”

Commenting on the ceremony, Graham Cooke, Founder and President of the World Travel Awards said, “We are delighted to host our closing ceremony for the World Travel Awards for the second time in the Sultanate of Oman’s mesmerising capital city, Muscat. With a number of Omani companies winning awards in different categories, I am confident that the Sultanate of Oman is leading the way toward enhancing the performance of its travel and tourism sectors, to become one of the most important sources of its economic income. With a leading network of airports under the pioneering management of a top company like Oman Airports, the Sultanate will definitely see its tourism industry flourish. The Sultanate hosts an immense pioneering potential, through its location at the heart of the world, its unique environment, as well as the legendary hospitality that characterises the Omani people, making it a favourite location for millions of tourists. This beautiful country and its people have so much to offer the world."

“The closing ceremony of the 29th World Travel Awards was absolutely fantastic. Congratulations to all the well-deserved winners from around the world, who have gone above and beyond to achieve excellence in the global travel and tourism sector,” Cooke added.

The Grand Final Gala Ceremony of the World Travel Awards, held at the Al Bustan Palace, a Ritz-Carlton Hotel in Muscat, is considered one of the largest award ceremonies in the world and comes after a series of regional celebrations to recognise excellence in each continent. 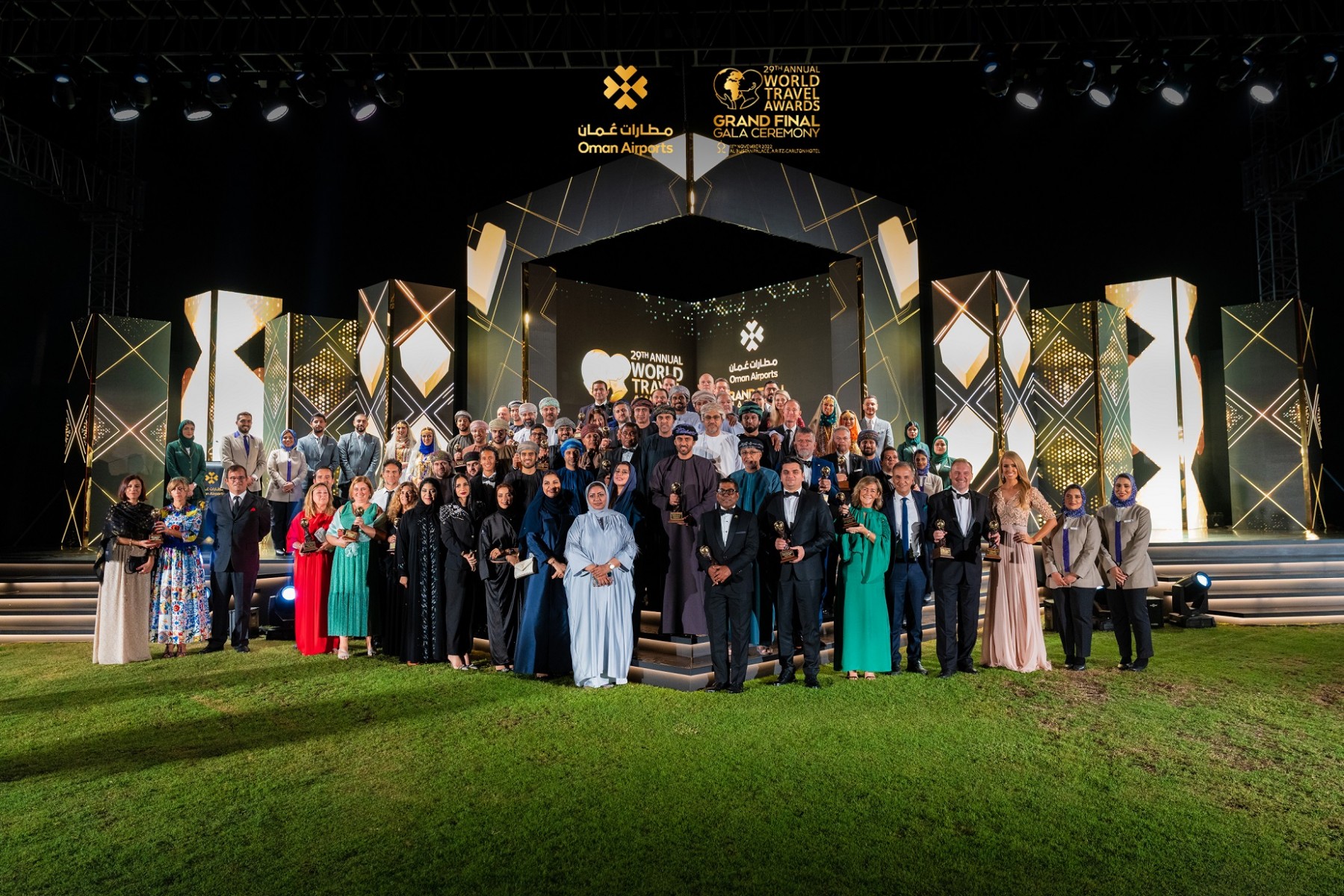